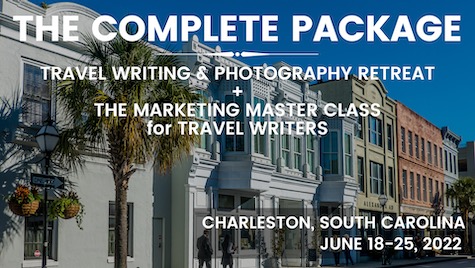 The Pacific Northwest offers some of the most beautiful scenery in the Unites States of America. Secluded, tree covered islands rise up from the deep blue waters of the Puget Sound. Historic marina towns offer art boutiques, wine tasting, and antique shops up and down the Northwest coast. Washington and Oregon teem with an amazing abundance of natural fauna: whales, seals, otters, eagles, wolves, coyotes, bears and much more wildlife.

What's not to love about the Northwest? It still remains one of the most undiscovered areas in the country. And I love writing about it.

For a complete list of publication with my Pacific Northwest travel articles,

Below you'll find a sample of some of my published articles. Click on the magazine cover image to read the entire article.

Northwest Travel Magazine
Winter 2012
Nine Great Northwest Lodges: Luxury and Adventure
Discover nine of the Northwest's rustic luxury lodges, where you can be next to nature without sacrificing fine dining and comfortable amenities.

Garden Answers
August 2011
The Picasso of Bonsai
Elandan Gardens is the creation of one man, Daniel Robinson, whose life has been consumed by his love of a unique style of bonsai.

Country
June/July 2011
Where the West Lives On
In search of the perfect Western town, Roy found it in Central Washington in the small town of Toppenish.

Open Minds
June/July 2011
Aliens in the Streets: The McMinnville UFO Festival
The UFO Festival in McMinnville, OR, celebrated since 1999, began in 1950 with a couple of famous UFO photographs.

Washington Tasting Room
Spring 2011
Wine Cruise in the San Juan Islands
Set sail on a wine cruise in the Salish Sea aboard the historic Schooner Zodiac.

Lost Treasure
January 2011
Roslynâ€™s Rich Vein of History
Washington has never been known as a center for coal mining, but a walking tour of Roslyn Washington turns up some fascinating surprises.

Columbia Gorge Magazine Fall 2010
Touring on Two Wheels
The Columbia Gorge has some superb scenic course and fascinating roadside attractions making for a fun motorcycle tour. Here's a 150 mile circuit you can do in 4-8 hours.

Blue Water Sailing
July 2010
The Pacific Northwest Schooner Fleet at Tacoma's Foss Waterway
Learn about the wide-beamed, double-masted, eclectic array of schooners and the personal stories and histories behind them.

Gorge Guide 2010
A Trip Back in Time: History Heritage Museums of the Gorge
Learn about ten historical and heritage museums for you to visit along the Columbia Gorge. You'll see lots of interactive displays and exhibits that will keep your interest for hours.

48 Degrees North
March 2010
Everett Marina - Portal to a Charming Weekend Away
The Port of Everett Marina is the largest public marina on the west coast. Everett is a great place to moor offering far more activities and places to visit than you might imagine.

48 Degrees North, September 2009
Velkommen til Poulsbo
Poulsbo Harbor in the Scandinavian town of Poulsbo Washington has one of the best marinas in the Puget Sound. Find out how to access Liberty Bay and enjoy a great weekend trip in this scenic Norwegian town.

Mid-Columbian Magazine
May/June 2009
Rock Climbing - Three of Central Washington's Top Spots
Central Washington has a marvelous variety of geological rock formations making it a haven for rock climbers. Here are three of the most popular.

Mysteries
Fall 2008
Seattleâ€™s Museum of the Mysteries
Paranormal buffs are drawn to this mystery museum located in the Capitol Hill district in Seattle Washington.

Colors Northwest Magazine, January 2008
A World of Learning
A multicultural microcosm exists at Highline community College in Des Moines Washington. Multicultural emphasis permeates every aspect of the college's activities and philosophy making this the most diverse campus in the State of Washington.