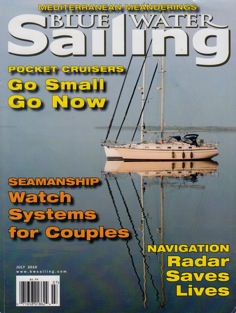 Nothing stirs the heart of a sailor like the sight of an aged schooner, with her two tall masts and gaffed sails billowing in the wind. They bring memories of a bygone maritime era when these elegant ships plied the United States coastlines with their cargos of fish, timber, grain, and other materials.

The Pacific Northwest Schooner Association (PNSA) hosted its inaugural schooner “gam” in April, at Tacoma’s Thea Foss Waterway bringing together ten of the Puget Sound’s finest schooners. Chris Wallace, PNSA spokesperson tells me the newly formed association was formed “ to promote the West Coast’s schooner fleet, educate people about the boats, and network with the public and the other schooners in the Northwest”.

The first annual Tacoma Schooner Rendezvous was a great success with an impressive line up of schooners of various sizes and shapes, moored at the Maritime Museum dock, providing quite a sight for visitors. And what better place to host these classic boats than the Foss Waterway Seaport Maritime Museum? With its rich history as the commercial port where 19th century tall-masted ships loaded their grain cargos for transport around the world, and an impressive display of historic and unusual boats ranging from antique wooden boats to early model hydroplane racing boats, the museum provided the perfect place to relive the schooner days. 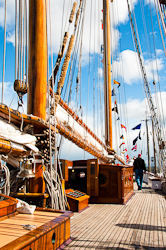 Walking past the eclectic array of schooners was like strolling through the design evolution of these wide-beamed, double-masted ships. They ranged in length from the massive Zodiac’s sparred length of 160 feet (deck length 127 feet and beam of 25.5 feet) down to the schooner Grail with an overall length of 55 feet and a beam of 12 feet, and many schooner sizes in between.

Even more interesting is the variety of fascinating personal stories and histories behind these stately boats. The schooner Red Jacket, for example, had an adventurous life. Built in 1920 at the Blanchard Boat Company on Seattle’s Lake Union as a private yacht for Fred Baxter, she was launched under the name “Katedna”. She went on a five-year sojourn in the South Sea Islands skippered by Otto Wildey, builder of the Los Angeles Coliseum.

Returning to Seattle in 1931 she was renamed Red Jacket and burned and sank in Lake Washington. Her owner could see the flames from his home, and shot the hull full of holes with his large bore elephant safari gun until she sank, leaving just the top of her mast burning.

Seattle shipwright Frank Prothero bought the soggy schooner for $500 and rebuilt her in cedar, oak, teak and spruce. She was then sold to the commodore of the Seattle Yacht Club. In World War II she was painted gray and worked as a naval sub snooper out of Friday Harbor. After the war she returned to racing in the Swiftsure series. Her homeport today is Tacoma. 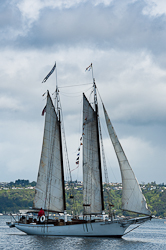 Coastal schooner Kia Ora has no less an interesting tale to tell. Built in 1980 at Port Townsend on the renowned L. Frances Herreshoff “Joann” design, by a New Zealander, she has competed in international yacht races, sailed to New Zealand, and around the Caribbean. Her cement hull is actually lighter than wooden schooners of the same size. Kia Ora is somewhat of a rarity—there are only two schooners on the West Coast like her.

The Grail is a family yacht owned by the Smith family, and moored at Quartermaster Harbor on Vashon Island. Built by graduates of the Northwest Wooden Boat School in 1986, she’s sailed the Galapagos Islands.

Schooner Mallory Todd has a heart-warming tale to tell. Her designer and owner, George Todd, a former navy pilot and staff officer, noticed sick children from the nearby Fred Hutchinson Cancer Research Center admiring his schooner, while he was moored at Henry Pier in Seattle.

He started offering rides to kids with cancer from “The Hutch” and noticed that they forgot their sickness when they were on the boat. He continued to take sick kids out for free trips for 15 years and eventually set up a non-profit volunteer organization to take sick people on cruises. 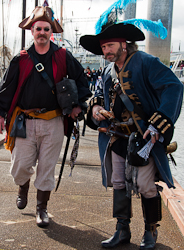 So far he’s taken over 3,000 sick people on cruises, funded by paid charter trips around the Puget Sound. He does 150 cruises each year for free, and has been joined in this admirable quest by the Treasure Island Pirates Group who entertain the kids on the cruises.

The antique furnishings on these schooners is lavish. The Mallory Todd, built in 1981, with a sparred length of 65 feet and beam of 16 feet, has three luxury cabins outfitted with porcelain fixtures and fireplace, etched brass, antique stained glass windows from Europe, and artifacts from George Todd’s world cruises. Below decks she is trimmed with Honduras Mahogany and rubbed teak, and offers a sit-down shower and soaking tub.

Today, the schooners serve a variety of purposes from private living quarters to charter boats like the Zodiac, taking excited novice sailors around the Puget Sound on lighthouse tours, evening dinner trips, brewery tours and Oktoberfest cruises, and winery cruises. 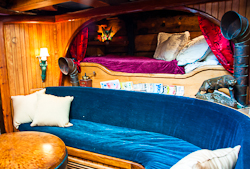 Schooner Lavengro is owned and operated by the Northwest Schooner Society, taking young people out on sail training, families and groups on charters, and hosting school programs, as also does schooner Martha.

Schooner Merrie Ellen has recently been restored to her former glory and is a charter boat with three private staterooms and ensuite heads.

During my visit to the schooner rendezvous I find out that, surprisingly, there are twelve other schooners that call the Puget Sound their home. These boats were unable to attend because of pre-season refitting or other commitments. 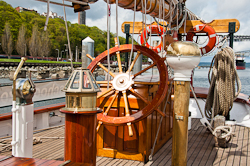 If you ever get the chance to visit these magnificent yachts, do so immediately, and soak in their rich maritime history, admire their beautiful interior fittings, and talk to their enthusiastic crew and captains. You never know, you might find yourself volunteering on a schooner soon after, such is their attraction.