Exercise and Overtraining
Signs, Symptoms, and Prevention
By Roy Stevenson 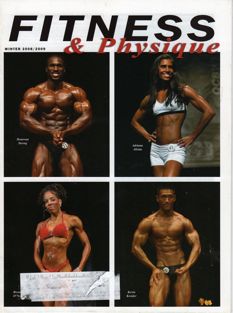 The syndrome of overtraining in fitness and exercise programs is common in nearly all health and fitness clubs. Overtraining is defined as where an athlete performs more training than the body can recover from, to the point where performance declines.

One research study found 64% of elite female runners and 66% of elite male runners have experienced over training in their running careers. Similar figures are found with fitness buffs, bodybuilders, triathletes, swimmers and cyclists. Why this high occurrence? Many highly motivated exercisers, bodybuilders and athletes are obsessed with training and afraid to rest. They believe the harder they train the bigger, stronger and fitter they’ll become, despite evidence to the contrary.

Thus, many exercisers attempt to do more work than they can physically tolerate--to the point where the standard 2-3 days of light workouts or complete rest still won’t allow recovery. Many don’t even know they’re overdoing it until they reach the chronic phase of over training, where they grind to a halt, for which they need several weeks of rest to recover.

From my experience teaching personal trainers and clients of all abilities from recreational to elite, I’ve concluded the major part of a personal trainer’s job is making sure clients don’t overdo their training--and holding them back enough to recover. The use of recovery as a training principle is obviously undervalued and underutilized in our exercise prescription.

Temporary over training such as increasing the number of exercise days in a week, for example, is referred to as overreaching. True overtraining is the condition where the symptoms linger for weeks or even months. And the side effects of both are similar.

Causes, Symptoms and Principles of Overtraining

For improvement, well-designed cardio and resistance training programs use the training principle of progressive overload—a constant and progressive increase in training stimulus. This is the only effective way to continually improve performance.

Here’s how overload works: as you increase your training workload (whether it’s weights or distance) your body responds by adapting to this increased stress (often called supercompensation). Then you overload again and your aerobic fitness, strength or skill improves to a new level, and the process repeats itself again.

Unfortunately, for many reasons, we cannot continue to increase volume and intensity of training in a linear fashion, and eventually we’ll reach a point where rest is not adequate enough for full recovery.

Proper conditioning requires a balance between overload and recovery. This is a fine line indeed, as our adaptation to a new training load varies even from day to day depending on nutritional status, stress levels, and the myriad other uncontrollable aspects of our daily lives.

Causes of Over training

The most common reasons appear to be rapid increases in frequency, intensity or duration of training sessions, or a combination, without programming recovery. Collegiate cross-country runners who suddenly begin twice daily workouts experience many signs and symptoms of overreaching or over training. Likewise with swimmers, cyclists and runners who increase the frequency of their interval training sessions, or compete in too many races, or suddenly increased their mileage too quickly.

We encounter problems identifying overtrained exercisers because many fitness aficionados consider excessive ongoing fatigue as part of their normal training effort, when in fact they are over training.

Over training is very difficult to diagnose because there’s no simple test such as a blood-chemical test, or clinical diagnosis. And it’s an individual phenomenon where people exhibit different symptoms, with no two being the same. Some studies, for example, have shown no difference in blood profiles between overtrained and non-overtrained athletes.

So the best we can do is recognize the general symptoms earlier, then rest and recover. How do we recognize overtraining? Dr. David Costill in his book Physiology of Sports and Exercise, and other researchers, have identified many symptoms of over training.

Physiological Symptoms of Over training

What does science have to tell us about overtraining? Recent researchers suggest it’s a neuroendocrine disorder, primarily affecting the nervous and endocrine systems, which seems to match up well with the symptoms.

Other theories are that it’s caused by excessive trauma to the muscle cells without adequate healing. This “catabolic-anabolic imbalance” theory holds that the overtrained body is dominated by a catabolic (or breaking down) state instead of an anabolic state, where the body regenerates itself.

The magnitude of the effects on the hormonal system cannot be overemphasized. This is because the body releases stress hormones such as adrenaline (epinephrine) when you exercise, to increase heart rate, shunt blood to working muscles, release glucose into the bloodstream, and stimulate fat metabolism so you can burn more fat.

And over training causes an abnormal responses in the autonomic nervous system through the excess production of adrenaline—which in turn suppresses the body’s production of serotonin and dopamine (hormones that have a calming effect on us), causing us to experience the symptoms of depression and anxiousness seen in the table below.

Effects of Overtraining on the Hormonal System

Results of Study and What this Means:


Symptoms of Over Training Affecting the Autonomic (Parasympathetic) Nervous System


If these symptoms don’t get your attention, here are two that will - diminished sex drive and sexual performance, and fear of training.

Other Research on Overtraining

Other undesirable changes found in endurance athletes and bodybuilders are muscle fiber and mitochondrial abnormalities, and alterations in the genetic material of over exercised muscle--indicators that the normal adaptation process has been suppressed by overtraining.

Another study found glycogen depletion is common among overtrained runners because they fail to eat enough carbohydrates to match their caloric demands. Sports nutritionists note this syndrome is widespread throughout all sports and fitness activities, whether on the track, in the pool, or in the fitness club.

The Immunosuppressive Effect of Overtraining

Research has shown mild to moderate exercise actually boosts your immune system, but ironically, over training precipitates many undesirable hormonal and biochemical side effects that will grind your body to a halt and make you very sick.

Over training causes a reduction in leukocytes (white blood cells) and cytokines, your body’s infection fighters such as lymphocytes, and antibodies--meaning you have more chance of illness and infection, and complications from these. Many studies show heavily trained athletes catch colds easily—one even found after an exhaustive endurance event like a half iron man triathlon, a competitor is 5 times more likely to catch a cold than someone who trains without competing.

The role of Glutamine has been investigated recently, as it is a precursor amino acid in the production of leukocytes. Low levels of glutamine have been shown to dampen the body’s production of these white blood cells, lowering immunity, and increasing susceptibility to viral infections.

So it’s thought that glutamine supplementation could prevent this immuno-suppression and should be used as a preventive or treatment counter measure against over training.

One promising glutamine study found only 19% of athletes who ingested 10 grams of glutamine after a marathon had symptoms of URTI compared with 51% of runners consuming a placebo. However, another study concluded that although glutamine supplementation countered glutamine loss after bouts of exercise on a bicycle ergometer, low glutamine levels have yet to be proven to cause a depression in the post-exercise immune system. Another conflicting study found plasma glutamine levels in overtrained swimmers were no different than those in well-trained elite swimmers.

Studies on antioxidants such as vitamin E and C, substances that protect healthy tissues from free radical damage and ensuing inflammation, although promising, are not conclusive enough yet to suggest supplementation of these substances for post exercise recovery and reduction of muscle soreness.

Overreached athletes experience a higher oxygen uptake and heart rate at normal training intensity. In other words they breathe harder and their heart beats faster doing the same work as previously. And lactate levels are at higher concentrations at the same speed, according to a study by Dr. David Costill. This means you’ll feel worse and struggle more to perform at your standard speed that was formerly easy for you.

Recovering from Overreaching and Overtraining

Once symptoms have set in, time is needed for your body to rebuild, the process called anabolism mentioned above.

For athletes who’ve simply overreached for a few workouts, a cessation or reduction in training for a few days (3-5) may be all that is necessary. If you’ve been overtraining for several weeks you may need 10-14 days of reduced training, at a 40% reduction of normal training load to bounce back. This applies as much to weight training volume as running, swimming or cycling volume.

However, 2-3 weeks is required for athletes who’ve overtrained with prolonged grueling schedules lasting several months. For chronic symptoms from years of overtraining, reduction or cessation of training for a few months may be necessary, although this is relatively rare. Even rarer are cases where runners have needed one year to recover, although some are documented.

Studies are being done to develop a sensitive and practical psychological screening system for the symptoms of parasympathetic nervous system disturbances, but these symptoms are currently only used as a trigger to indicate the possibility of overtraining.

How then, can we avoid the scourge of over training? Your first step should be monitoring yourself for the symptoms listed above, and react immediately should they appear. Use the following table of suggested recovery strategies for advice on how to do this.

Improper planning of rest and recovery into running schedules
Use periodized training programs and principles.

Racing too frequently
Cut races out until full recovery; reduce number of races on return to your sport. Racing up to 2-3 times month is ok.

Heart rate too fast (5 beats above normal) in morning.
Cut back training as per first strategy above.

Weight drops rapidly.
Cut back training as per first strategy above.

Lack of sleep contributes to overtraining.
Ensure you are getting enough sleep. The average adult needs 7.7 hours each night, with at least 2 of these hours before midnight.

External stressors contribute to overtraining symptoms.
Plan and develop balance in your life between work, play and other commitments.

Inadequate fluid intake/continual thirst.
Drink plenty of fluids and emphasize carbohydrate replacement drinks. One study by researcher Dr. David Nieman found that ingesting a carbohydrate solution 30 minutes into the workout reduces the production of these stress hormones, probably because the body has less need to release adrenalin to get the body into fat burning mode.

The use of a heart rate monitor in endurance events has been used lately to assess whether the athlete is working harder than normal to achieve the same pace and distance, but it’s just as helpful to use common sense, and if you’re feeling exhausted, cut back until you bounce back.

But the real key to avoiding overtraining is prevention itself –by far the most effective method. This should involve use of periodized programs where one week of lower intensity and lower duration training every three or four weeks will permit adequate recovery of the muscle tissue and energy refueling.

These are called macrocycles, and are the building blocks of creating a program that allows for recovery. This is a grossly underused system, mainly because athletes don’t understand how to design periodised microcycles and macrocycles. Consult a local club coach if you are interested in creating this sort of program.

Return from Overtraining to Fitness and Health

Return from Overtraining to Home Page