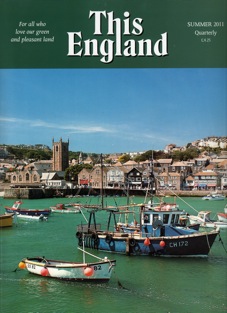 London is famous throughout the world for the superb quality and vast number of its museums. We’ve all been to its mega-museums like the British Museum, the Natural History Museum, and the Science Museum, but London also offers some smaller but no less fascinating specialist museums that give a unique insight into some of the more arcane aspects of Victorian life. The Old Operating Theatre Museum and Herb Garret, tucked away under the sloping roof of St Thomas Church not far from London Bridge Underground, is one such collection that will give you a rather colourful insight into the dubious medical practices of the 19th century.

In 1821 the attic of St. Thomas’ Church was renovated for use as a woman’s operating theatre, for Guy’s and St Thomas’ Hospitals. Today the museum stands almost exactly as it was when used for surgical procedures between 1822 and 1862. Abandoned and forgotten from 1862 until its rediscovery in1956 enabled it to retain its original state of preservation, making it Britain’s oldest surviving operating theatre, and the only 19th century operating theatre in the kingdom.

The medical history of the land goes back to 1106 in medieval times, when Augustinian monks established a hospital here. Originally used as a hotel, hence the term hospital(ity) many early pilgrims used the hospital as a place to spend the night before beginning their journey to St. Thomas Beckett’s tomb at Canterbury.

As you ascend the narrow spiral staircase to enter the museum the years start moving back to some of Dickens’ descriptions of buildings, over 100 years ago. A formidable display of medical instruments grimly reminds you of how archaic medicine and surgery were before the 20th century. It’s not much of a stretch to imagine this place as a torture chamber, as you wander around the room looking at 1,000 wicked looking historical medical instruments. Displayed in tall glass cases or glass covered wooden tables, you read that these frightening looking instruments were used for amputation, trepanning, obstetrics, bleeding, cupping, sawing, stomach pumps, sputum cups, nipple shields, suppositories, and other medical procedures that make you glad you were born in the 20th century.

A display on the treatment of gunshot wounds enlightens me on what not to do in such a situation—how many soldiers were dispatched to the hereafter as a result of treatments like bleeding that they received, I wonder? I examine a collection of specimen jars with a kidney, a heart, lung tissue and a hernia floating around in a murky liquid medium—no doubt these specimens were used for educational purposes. Nearby stand anatomical teaching models, also used for the same purpose. Many of the medical practices used in this operating theatre date back to Roman times. These curious medical artifacts bring home to me how far medical science and treatment has advanced in the past 150 years.

As I explore this large attic my eyes keep wandering over to the operating theatre, taking in the operating floor and the five semicircular descending tiers of wooden-floored stands, with oak rails, from where medical students would view the operations. I keep getting the eerie feeling that the operating theatre looks familiar to me, but turn back to the Herb garret. I’m leaving the best sight for last.

Used as an apothecary for the storage and curing of medicinal herbs, the oak-beamed Herb garret, standing beside the operating theatre, is a reminder of how extensively herbal medicines were used in the days of yore. Even today, 70% of our medicines come from plant sources. Many of the herbs, sitting in glass jars or stacked in piles around the edge of the Garret, were excavated from this site when it was cleaned out in the 1990’s. I learn that Liquorice was introduced to England by Dominican monks and used as a remedy for coughs, chest complaints and as a laxative! Meadow Sweet reduced fevers, Penny Royal was used against gastric ailments and flatulence, Wormwood was a cure-all of long standing, and beetroot effectively cured baldness. A 1703 recipe tells of the cure for Venereal disease: a combination of earthworms, Wormwood, ivy, Carduus, Penniroyal, Juniper berries, Fenelseeds, Aniseeds, Cloves and Cubebs.

Still remaining somewhat unconvinced of the efficacy of these medicines, I stumble across something that does make sense—a proudly exhibited “beer bell” that was used to signal the distribution of bread and beer in the wards. Patients were administered anywhere from 2-8 pints of beer a day—the water was not fit for drinking.

Further on, a display about Florence Nightingale tells how she returned from the Crimea in 1856 to found her School of Nursing here in conjunction with St. Thomas Hospital. This was a bold move as nurses up to this point were mothers, wives, and servants. Before nursing became a modern profession they were regarded as uneducated, working class women, of immoral, illiterate and ignorant demeanour. They had to work hard against these prejudices to gain the respect of their patients.

I’m drawn over to the Operating Theatre. Finally, with the help of my information sheet I figure out why. It was filmed in some scenes of the movie From Hell, starring Johnny Depp and Heather Graham, about Jack the Ripper. It’s also been used as a location for TV shows and other films, hence its familiarity.

I walk down onto one of the restored wooden rows of observation stands from where 150 medical students would watch the operations, “packed like herrings in a barrel”, according to one surgeon’s account. The students could almost have reached out and touched the surgeon and patient from the front stand. Sometimes the floor had to be cleared before the operations could start. J.F. South in Memorials, describes the chaos in the theatre thus; “the importance of the operation and the reputation of the operator had a large influence on the number of spectators; and their violent scrambling efforts to gain entrance into the theatre often led to fighting”.

A wooden 19th century wooden operating table that resembles a carpenter’s table sits in the centre of the theatre. Descriptions of the surgeries, performed without anaesthesia or antiseptics, are hair-raising. Many amputations took place here, with 3 inches of sawdust placed beneath the operating table to soak up the blood. A wooden box about 18” x 12” x 4” deep, filled with sawdust, was kicked by the surgeon’s foot to any place where most blood is running”, says one description. Often the women patients would wake up from their drunken or opiate-induced stupor during the operation, having used large amounts of alcohol to put them to sleep. It is said that the women were blindfolded when placed on the table, so they could not see what was happening to them. The thick wooden floor beams would muffle the screams and sounds of the operation from the churchgoers below, attending their vespers.

The chances of dying post-operation were quite high. Patients would often succumb to the shock and trauma of the operation, or loss of blood, or post-operation infection that was rampant at the time. Descriptions suggest that the surgeon was as likely to wash his hands after an operation as before. Another narrative tells how, “alongside the basin is a row of pegs from which hang the operating coats of the staff. These were mostly old frock coats, stiff and stinking with pus and blood”. Why then, did women allow themselves to be put through this distress? The patients were generally poor women, and they received treatment from some of the best surgeons in the land, that they would otherwise not be able to afford.

Today, Victorian Surgery re-enactments of these operations are held in the theatre, to demonstrate the ordeal of surgery of these times. Plays with names like The Body Snatcher are also held here.

Despite the macabre displays and shock value of the written descriptions of the operations this is an excellent museum to visit. It gives a first hand glimpse into medical practices of the Victorian era, in a beautifully restored hospital that was actually used for this purpose. Children are able to handle the displays as well as, if not better than, the adults who visit it.