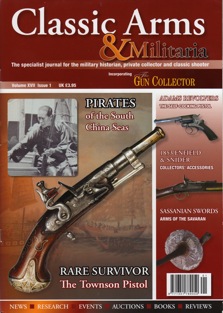 Situated in one of Brussels’s most picturesque parks, the expansive Parc du Cinquantenaire, stands a massive stone building containing the Royal Museum of the Army and Military History. Easily one of the largest and best military museums in the world, this museum is renown for its huge collection of antique weapons and militaria. And for artillery buffs, it boasts a large array of interesting artillery pieces.

In the 18th and 19th centuries, the Parc du Cinquantenaire was nothing more than a swampy field where the civic guard exercised on Sunday mornings. Then, in 1880, King Leopold II, with the ambition of turning Brussels into a European Capital to rival Paris, instructed Belgian architect Gedeon Bordiau to draw up plans for a Jubilee Palace. His intent was to use the palace for universal exhibitions and commercial fairs, and he got his wish in 1910 when the Brussels Universal Exhibition opened to a large crowd.

The military museum, housed in the palace’s main exhibition hall, opened in 1923, today displays a staggering collection of more than 100,000 military artifacts from as early as the 11th century. To house these artifacts, the museum curves for several hundred yards in an arc, with large buildings and courtyards branching off to the sides.

Attracting more than 250,000 visitors each year, the military museum covers Belgium and Europe’s military history from the Middle Ages on. Crammed with exhibits from The Middle Ages, The Austrian Netherlands, The United Belgian States after the Brabant Revolution of 1789, The Napoleonic Era, Belgium and the 19th Century, The First World War, and The Second World War, there’s enough to keep military aficionados entertained for a whole day wandering through this huge, high-ceilinged maze of galleries.

What catches your eye is the sheer volume of weaponry displayed. Case after case of muskets; lengthy wall displays of rifles and bayonets; multiple semi circular displays of rifles and swords mounted high on the walls, their points and tips pointing inwards; bust after bust wearing what must be one of the most complete collections of 18th and 19th century military uniforms; and row after row of battle paintings and portraits.

Of these galleries, three bear more than passing mention because of their appeal to students of military history and weapons. The Napoleonic Era gallery consists of two privately donated collections of artifacts from the France of the First Empire, the Restoration, and the Second Empire. Napoleonic mitres, shakos, swords, engravings, firearms, and military music equipment are displayed in glass cases mounted on the walls. This collection contains 300 items of military headgear from pre-revolutionary France, England, Germany, Russia, Belgium, and the French Empires. The 600 swords in this collection are impressive, also.

The Arms and Armour Room boasts some superb suits of armour in almost mint condition, including a rare oddity, a 16th century child’s suit of armour made for Joseph-Ferdinand of Bavaria, son of the Governor of the Netherlands.

The third gallery of particular interest is Arms of the 19th Century, showing the techniques and evolution of the manufacture of Belgian weapons during this era. Most of the weapons were forged or manufactured in the venerable State Arms Factory in Liege, founded in 1838.

Big guns of all sizes, shapes and manufactures are everywhere. They’re outside the military museum next to the entrance. You’ll practically trip over an 1834 Liege Siege Cannon right outside the museum’s entrance, alongside a row of 4 black painted cannon welded to what look like railway tracks. You’ll find more lying around inside the entry vestibule. Old guns stand on their ends because they have nowhere else to put them. Rows of well-restored and maintained German, Belgian, French, Italian and Dutch guns stand individually or are placed on wooden racks alongside each other.

Start your tour with the ancient guns. Tucked away in a smaller vestibule are a number of ancient field pieces. These rough cast antiques were the forerunners of the cannon. Inset into a hand carved wooden bed, these early guns were made of strips and hoops of wrought iron melted together, and loaded through the breech.

In practice, the recoil, the poor quality of the powder and the fact that they overheated quickly, made them almost as dangerous for the men operating them as for the enemy. However, the noise they made when fired, the plumes of smoke they belched out, and the shower of sparks when they fired, had a rather daunting effect on the foe. Horse cavalry regarded these weapons as diabolical and unworthy, because they could kill from a distance without hand-to-hand contact.

Continuing on through the military museum you’ll come across the rest of the cannon. The guns are lined up along the center of the gallery or lying in notches across large beams of wood. I see one row of 6 guns from France, Netherlands, Germany, Belgium, and Italy.

The French guns include an 1813 gun with N (for Napoleon) surrounded by a floral wreath, engraved, made at the Berenger de Falise forge in Douay, the great gun manufacturer for the House of Bourbon. The Berenger forge made guns for French service from 1696 to 1819. Another French beauty, a black painted 1776 Jean Maritz howitzer (Obusier) is also displayed, still on its original wooden axle and metal-rimmed wheels. The inscription on the muzzle reads Vigilante Deo Confidentes. Yet another black painted Maritz cannon, this one cast in 1797, also on original wooden axle and metal-rimmed wheels, with two original gunpowder casks enclosed in glass in front of it. The inscription reads JOH MARITZ FEC (made by) HAGAEAA also has the same Latin inscription.

Jean (Johan) Maritz was a Swiss inventor who moved to France to become Commissaire des Fonres (Commissionner of the King’s Foundry). He is worthy of note because he invented both vertical (1713) and water powered horizontal (1734) boring machines for cannon in the 18th century. These inventions gave the cannon a perfectly straight bore, improving their efficiency tremendously, and causing their British counterparts some consternation until they too used similar gun boring techniques.

Maritz’s techniques revolutionized cannon making, and were later used by the famous Gribeauval foundries. These were a big improvement over the previous method that consisted of founding the cannon around a clay core. Maritz’s son, of the same name, who was appointed Inspector of Gun Foundries in 1755, would have founded both Maritz models in the museum.

An English H & C King gun, cast in 1814 stands on its end. The company of Henry & Cornelius King of the Royal Brass Foundry at Woolwich cast some good cannon, much of it as contract work. Henry was the master founder and his nephew Cornelius was Assistant Founder, both highly skilled artisans.

On to some other guns made at the Belgian Royal Cannon Foundry in Liege. A large gun, cast inn 1852 and an 1861 Mortar/Petard are among the Liege collection. An Italian gun inscribed Neapoli (Kingdom of Naples) 1835 is also displayed. Several German Krupps, cast in Essen, are arranged in a row—a 75mm Krupp-Cockerill (1901) and 87mm (1878) being among them. A German Wahrendorf 80mm (1878) and two Cockerill-Nordenfeld (1896 and 1898), both 75mm, round of a nice German selection.

Other features of the military museum are well worth exploring. The museum forms one wing of a massive, stern looking, U-shaped palace complex, with a rough, cobble stone courtyard large enough for a fleet of tour buses in the middle. At the center of the U, joining the two wings, a magnificent triumphal arch, resembling the Arch de Triomphe in Paris, towers over the courtyard.

You can reach the roof terrace atop the Arch via an arcade inside the military museum. From a height of 85 meters, it’s well worth clumping up the several flights of stairs for a spectacular view of Brussels. On a clear day you can see the European Parliament, European Union Administration Buildings, the Palais de Justice, the Basilica, and even the Atomium out at Heysel.

Just when you think you’ve reached the end of this behemoth military museum, you stumble across an open air, gravel floored courtyard in the centre of the museum. Thirty tanks and armoured vehicles spanning the history of armoured warfare are arranged around the perimeter of the courtyard and in a U-shaped formation in the centre. Although these exhibits are beyond the purview of this article and magazine, this gallery is still well worth visiting.

Likewise when you find another surprise exhibit when you pass through the far courtyard doorway from the tank exhibits into another exhibition hall, easily the size of an airplane hangar, measuring 170 metres long and 40 metres high. This is most appropriate because it displays 130 aircraft dating from the beginning of flight to modern jet fighters and bombers. It’s a sight that easily rivals the main entry hall at the Imperial War Museum in London. Aircraft from many countries hang from the roof and are lined up along the floor. Another smaller outdoor courtyard displays two full length retired Belgian navy river patrol boats.

Opposite the military museum is another huge museum, a showcase for the Belgian royal family’s retired classic automobiles, called Autoworld. For classic vehicle aficionados, this is heaven. There are well over one hundred vehicles dating back to the first automobiles. If you visit this museum, plan on another hour or two.

The Royal Museum of the Army and Military History is well worth a detour to Brussels. The city has a surprising bounty of other tourist sights including the Grand Place, a magnificent medieval cobble stone square in the center of the old city, and possibly the finest restored square in all of Europe.