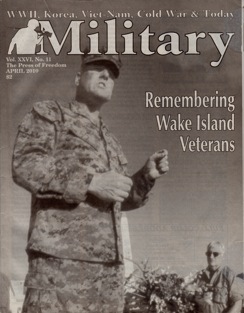 In anticipation of possible allied landings at Normandy, the Germans had dozens of large gun batteries built at strategic locations along its coastline. One such emplacement at Merville, located opposite Ouistreham on the other side of the Caen Canal endangered the nearby landings.

Armed with four 75 mm Skoda field guns the Merville Battery would have wreaked havoc with the invasion ships in the sea-lane that had to pass by Ouistreham to reach the invasion beaches. Because the battery endangered the British D-Day Sword landing beaches, the task of eliminating the battery fell to the 9th Battalion led by Lieutenant-Colonel Terence Otway of the British 6th Airborne Division. Their task was to land by glider and parachute a mile away, move quietly on the battery, then storm it.

The Merville battery was formidable. It contained 130 men, 15-20 weapons pits, each with 4 machine guns and some 20mm anti-aircraft guns. Four reinforced concrete casemates 6 feet thick, two of which were covered over by 12 feet of earth provided almost unassailable mini-fortresses. On two sides of the battery, anti-tank ditch stretched 400 yards, 15 feet wide and 10 feet deep. Two belts of barbed wire surrounded the entire battery, one, six feet wide by ten feet deep. And minefields. The battery was considered impregnable by the Germans.

Due to the usual misdrops and mislandings, only 150 of the anticipated 750 airborne troops were assembled by 02:50 a.m. With a deadline of 0500 hours to capture the battery, they had to hurry—an offshore Cruiser, HMS Arethusa was scheduled to begin its bombardment of the battery unless they heard from the commandos.

The advance party quietly cleared two narrow lanes through the minefield and wire barriers, marking it by leaving scuffmarks on the ground with their boots. Otway’s team, without heavy weapons or mortars, attacked just after 0400 after a German machine gun post opened fire on them, alerting the whole battery.

The assault parties split up once through the wire. While some attacked the weapons pits, others attacking the casemates, all the while under fire from all sides. Much of the fighting was hand-to-hand. In 20 intense minutes of battle, at 0445, they had cleared the gun battery and taken 20 prisoners. The cost was heavy—at the end of the assault only 75 paratroopers were still standing. Many of the German defenders surrendered once they realized that tough paratroopers were attacking. The cry “Fallschirmjagers” went up, and resistance quickly fizzled out.

Today the open air and indoor museum makes an interesting tour. Inside the first casemate you’ll see documents and maps, weapons and other artifacts that describe the assault. If you’re lucky you’ll meet some airborne veterans here.

As you wander around the four casemates and smaller concrete weapons pits, now covered by earth, long grass and trees, you’ll get a good idea of how concentrated this battery is in such a small area. The assault must have been very violent in such small confines. A bronze bust of Colonel Otway stands in the grounds, close by a memorial to the 9th Parachute Battalion. There’s also a British artillery piece guarding the museum. A small gift shop is just inside the museum.