The History of Executions
in Olde London Towne
By Roy Stevenson 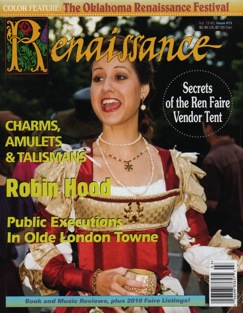 From the 10th Century to the 19th Century, London witnessed more than two hundred thousand executions of various types, ranging from boiling in water to burning, decapitation by axe or sword, strangling, and hanging, drawing and quartering.

During Henry VIII’s controversial reign alone (1509-47), 72,000 people met their death. It is claimed that Elizabeth’s reign (1558-1603) resulted in even more than this astonishing number of executions, in a time of great religious and political turmoil.

London gained considerable notoriety for the eagerness and frequency that it hosted hangings for its errant citizens, acquiring the nickname “The City of Gallows”. With the largest concentration of people in England at the time, crowds at these events were huge, often numbering in the tens of thousands.

Sites like Tyburn, The Tower of London, Tower Hill, Smithfield, Charing Cross, and Westminister had entirely different meanings for its populace than they do today, recognized primarily for the gruesome punishments that took place there. Londoners knew the gallows sites as well as they knew London’s most famous landmarks like St. Paul’s Cathedral and London Bridge. They could recite infamous (or famous) persons executed at their “favorite” site just as we would name the players in our favorite baseball team. Tyburn, a legendary place of execution for six centuries, even became an early tourist attraction for people from out of town.

Up to 1620 about forty offences rendered their perpetrators eligible for capital punishment including treason, heresy, witchcraft, robbery, murder and coining (counterfeiting). Justice in medieval times was an early version of the modern state-organized prosecution system, with remnants of family-and-clan justice. A bizarre example of this developing system was the common practice of the family or friends of the (about to be) deceased pulling on his legs as he hung by his neck, in order to shorten his suffering. It was from this practice that we derive the term, “pulling his leg”, meaning to lie to or tease someone.

One would have thought these public executions were silent and somber affairs, but this is far from the truth. They were rough, noisy, boisterous and often irreverent spectacles, so much so that at times they took on a surreal air. Public gatherings for these events became the largest social events for several centuries in medieval England, bordering on the anarchic at times, depending on who was being marched onto the scaffold. Executions were indeed part of the popular culture of the time from which came a fair amount of gallows humor—the locals referred to the events as a “hanging fair”, “stretching”, or “collar day”.

The crowds would arrive early to establish a place close to the “stage”, much as we might do today at an outdoor rock concert. Descriptions of that time tell of people leaning out of windows, from rooftops, and standing on each other’s shoulders to view the macabre proceedings.

Special stands were set up, or balconies and houses overlooking the scaffolding were rented out to noblemen (and more than a few women), so they could view the proceedings in comfort. Admission prices to these stands were carefully calculated, taking into account the fame or infamy of the felon, just as concert tickets today are relative to the value of the performing group.

Execution day became a social phenomenon that adopted its own rituals, starting with the procession of the condemned to the gallows, often stopping for a drink on the way. Once at the gallows stage, the condemned would give their last dying speech to an often impatient and raucous crowd.

Vendors set up their carts and booths hours before execution time, doing a roaring trade selling food, drink, souvenirs, even pornographic material, to a frenzied crowd. Minstrels and jugglers entertained the crowd. With the advent of cheap printing in the 16th and 17th centuries, touts created lurid “broadsheets” detailing the supposed history and scandalous crimes of the victim, the precursors to modern day tabloids. These “broadsheets” sold like hotcakes to an excited audience.

The scene must have resembled a cross between a three-ring circus, a carnival, and a bad play, as drunks brawled in the mud, green fields or courtyards surrounding the scaffold, while pickpockets and cut-purses ironically plied their trade even as the hapless victims dropped from the ladder struggling in their death throes. Then, when the deed was done, barber-surgeons and the family of the deceased clashed as they attempted to retrieve the still warm corpse. Henry VIII had decreed that barber-surgeons were entitled to four cadavers per year for anatomical dissection.

And the spectacle didn’t end there. By law, the executioner was entitled to the victim’s clothing, which was often flogged off to a souvenir hungry mob. On occasion, the hangman’s rope was cut up into sections and sold for pennies or shillings (depending on the perceived worth of the victim) to morbid memento hunters.

After the Tower Hill execution of martyr Richard Wyche, in 1440, packets of his ashes were sold to followers. Strangely, the regenerating volume of ashes sold to the gullible devotees was enough to have come from several bodies! When, in 1447 at Tyburn, five men were being stripped of their clothes in preparation for their execution, their pardon arrived. The hangman refused to give the clothes back, having taken a loss on the day’s proceedings, leaving the newly released prisoners to walk naked back to London.

If these events were designed to demonstrate the power and authority of the crown and to show the spectators the deadly consequences of breaking the law, they failed miserably. The crowd adamantly refused to accept the state’s control of these affairs, showing their disrespect through riotous and disobedient behavior, as evidenced in January 1552, when the Duke of Somerset, Edward Seymour, the victim of political circumstances was scheduled for execution. A decree was issued by the authorities stating that people were not allowed to leave their homes until after the event—nevertheless thousands of people turned up to watch the proceedings at Tower Hill.

In June 1612, when priests William Scott and Richard Newport were scheduled for execution early in the morning, at 6 am, to avoid a crowd, an enormous group of thousands still turned out to enjoy the show.

The Crown’s decision, from the 16th century on, to allow the condemned to address the crowd also backfired. Supposedly to provide the victim a last chance to plea for forgiveness, their diatribes, more often than not, would harangue the authorities, clergymen and hangman, often inciting the crowd into near riot pitch. While most victims did express remorse for their actions, their speeches, ranging from pious religious sermons to long drawn-out stories, often lasted an hour, conveniently trying to buy the condemned time for a much hoped-for but seldom delivered, pardon. Others rambled incoherently, fueled by copious amounts of grog. And the attentive audience soaked it all up.

Above all, executions became a melodramatic form of entertainment by a repressed and often disaffected audience. Depending on who was being executed, and their crimes and behavior on the scaffold, the crowd’s reaction to the victim vacillated from sympathy and forgiveness to outright abuse, and often the hurling of rotten vegetables or stones.

The crowd would respond with applause and heartfelt comments for popular felons, often throwing flowers at them, cheering them on. For the less well received, raucous comments were made as they mounted the gallows steps, their speeches interrupted by mocking cries and protests for the executioner to, “get on with it”, or “hang him, hang him”.

The multitudes respected the man who took his punishment with grace and bravery, but detested the man who lost his nerve. A Catholic martyr, John Shert, made the mistake of admonishing the audience by wagging his finger at them. Then, as a terrified Shert struggled with the hangman, the incensed throng laughed while the hangman berated him with sarcastic comments.

In 1579, a Puritan named John Stubbes proved to be a crowd pleaser. Punished for writing a book criticizing Elizabeth I by having his right hand amputated, he held up his bloody stump yelling, “God save the Queen”. The mob loved the condemned who displayed complete indifference to their impending fate and who saucily exchanged in banter and conversation with the thoroughly appreciative crowd. Often onlookers were invited to, “come up and take a step in my shoes”.

What of the executioner in these times? Professional hangmen emerged in early modern England, reaching their busy zenith in Tudor times with the widespread political and religious persecution of that epoch. Job requirements for this dubious occupation included proficiency with flogging, branding, burning, boiling alive, disemboweling, beheading, and hanging, to name a few of their skill sets.

The executioner’s skills were sorely tried when hanging, drawing and quartering became the method of dispatch for treason, starting in 1241. The victim was tied to a “hurdle” or sled, and dragged by horses several miles to the place of execution, often past a belligerent crowd. There, he was hanged by rope until nearly dead, then cut open and disemboweled (drawn). His entrails were burned in front of his eyes, and he was then quartered by being hacked into sections. Boiling alive was reserved for witches, of whom mercifully few were put through this nasty ordeal, while burning alive was the punishment for religious heretics.

Decapitation by the sword or axe was often botched, the poor victim having to endure two or more strokes of the blade in front of a crowd that was by now jeering the nervous executioner for his shoddy work. The heads of prominent offenders were placed on sharp spikes on London Bridge. Official Keepers of the Heads, who lived in the bridge gatehouse, would toss the heads into the Thames far below when they rotted beyond recognition. It was not unusual for Londoners to take their afternoon promenade past the heads. Records show that at one time there were as many as 34 heads displayed along this pantheon of infamy.

Interestingly, judges would often dismiss charges against criminals if the accused pleaded “benefit of clergy”, whereby under ancient law all they had to do was recite a short passage from the Bible. Pregnant women often escaped the gallows by pleading “benefit of the belly”, receiving a stay of execution until giving birth. Then, in most cases they were eventually pardoned.

The Tower of London execution site was reserved for the demise of the more famous clientele, usually royalty and nobles. It was here on Tower Green that Anne Boleyn, one of Henry VIII’s wives was terminated by axe, being beheaded on the chopping block in May 1536. In February 1542, another of Henry’s wives, Catherine Howard met the same fate. Lady Jane Grey also met her end here in February 1554, the victim of political events. Today, in the White Tower Museum you can still see these execution implements.

Thus, executions in the medieval period provided a marvelous outlet for the masses, often resulting in all manner of strange happenings.