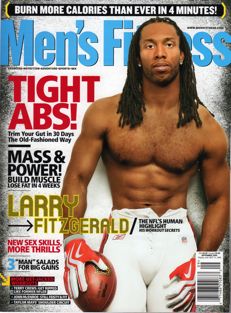 Twenty-eight year old American Brad Walker defends his World Championship pole vault title in Berlin this month. Walker won this event on September 1, at the 2007 International Association of Athletic Federations World Track and Field Championships in Osaka, Japan, his most impressive pole-vaulting achievement to date. The University of Washington alumni is one of the most successful pole-vaulters in US track and field history, having set the American record last year.

Winner of two US Championships, this 6ft 2 inch, 185 lb athlete currently lives in Seattle. Brad’s University of Washington pole vault coach Pat Licari, who continues to coach him, rates Brad’s chances of winning the upcoming World Championships highly. “If he can stay healthy, they are very good. There are other guys who jump as well, so it’s going to be a challenge. He really rises to the occasion—especially the really big meets”.

Brad’s confidence has risen with his 2007 world championship victory and he is now eyeing the world record. Walker’s pole-vaulting career has not been without misadventure or hardship. At the World Indoor Champs in Moscow, during a practice round he fell off the landing pit and hit the back of his head on the track. After being knocked out, Brad Walker got up and returned to win the competition. Other injuries included a broken thumb and broken wrist. During the world championships two bulging disks in his low back could have cost him any chance of winning, but in a gutsy come back he defeated the odds, big-time.

Strength training and fitness play a major part of Walker’s preparation. He says, “Track and field is a unique sport in that it is athleticism at its purest. Run the fastest, throw the furthest etc. Fitness at the elite level is everything. The quest to be stronger and faster is never-ending because it is the key to an athletes success. Baseball players don't get bonus points for anything past the fence, but in track and field, every inch past the fence is what we train for. Outside of that, fitness levels are key to preventing injury. It is a constant battle to stay healthy in a sport that asks 100% each and every time you compete. The stronger you are, the better able your body is to cope with the repeated stresses of the event. Bottom line, strength and fitness level are imperative to be successful in track and field”.

Describing his three essential strengthening exercises, Brad Walker says, “The first two are for explosion. Power Cleans and Shot-throws and great multijoint exercises to increase hormone levels and firing the central nervous system. The Bubka's are more of a core gymnastic drill that is really similar to the positions we go through as we swing upside down on the pole vault pole”.

Start with the barbell on the ground in front of you with your feet shoulder width apart. Squat down and grab the barbell with both hands outside of the legs. With your head facing forward, and butt to the ground, you begin by lifting with your legs, bringing the barbell just over the knees and in one continuous motion, explode your hips into the bar while pulling upward with your arms. Make sure the bar travels close to the body. As the bar travels upward, drop quickly underneath the bar, by rotating your wrists and dropping your elbows in front of you. The barbell at this point should be across your shoulders with your palms facing up, and finish the lift with but standing up, much like a front squat.

Behind the head shot-put throw

Done outside with plenty of space, using about a 10lb weighted ball. Start by grabbing the ball, palms up and lift it over your head. As you begin the throw, take the ball downward, while bending the legs into a squatting position. Continue the down swing while keeping your core tight, and bring the ball between your legs. Next explode backward (think backward jump) and let the arms travel back overhead releasing the ball at the top. We usually chalk out lines for our personal bests and use them as a target. An easy way to mark your strength progression over time.

Named after the world record holder, it is a gymnastic style high bar swing. Using a high bar or pull-up bar with plenty of space above it, grab the bar in pull-up position slightly wider then shoulder width. A right-handed vaulter would start with his left leg fully extended underneath him and his right knee at 90 degrees. Then in one fluid motion, swing the trail leg...left leg....in an upward and forward motion. As the left leg meets the right leg, continue to swing both legs upwards, think shoelaces above the bar. Continue the swing by raising the hips up and dropping the shoulders underneath the head. You will end in an upside down hanging position with your hips against the bar.

Return from Brad Walker to Fitness and Health